What to expect in Melbourne property market in 2021

Melbourne house prices could rise 10 per cent this year in a post-COVID-19 recovery as property experts predict a “family pandemic” will put sellers in control.

Time limited incentives of up to $54,000 for some buyers building a new home are also expected to provide the “perfect storm” for the housing construction industry early in 2021.

Advantage Property Consulting director and buyer’s advocate Frank Valentic said fear of missing out was creeping back into buyers’ minds and a two-speed market could have house prices surge as much as 10 per cent.

“We’ve got a family pandemic: too many families and not enough family homes hitting the market,” he said.

“There are quite a few buyers suffering FOMO (and taking) frustration into the new year. This may lead to people pushing themselves to buy and the market starting strongly.” 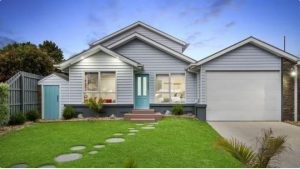 But inner-city apartments could languish due to a lack of international migration and travel hurting rentals and short-stay accommodation alike, Mr Valentic warned.

“Be wary if you’re looking to buy an apartment in the inner city, I think it will be a turbulent year,” he said.

His organisation has calculated government grants and stamp duty savings worth up to $42,500 are on offer to them in Melbourne and $54,120 in regional areas, if they build a new house. “These discounts are significant and represent years of hard-earned savings for Victorians – but the incentives are limited and won’t last forever,” Mr Kandelaars said.

The boost to the opening of the year will add to a surge in 2020 that was fuelled by the federal government’s HomeBuilder grants scheme. Latest figures show 10,279 Victorians had applied for one by December 4 — only 1817 of them intending to renovate.

But buyers only have until the end of March to access a grant, which is now capped at $15,000 — down from the $25,000 for those who signed building contracts before January 1. Realestate.com.au chief economist Nerida Conisbee said after the strongest lead up to Christmas on record, the year ahead looked rosy for most Melbourne homesellers.

“Assuming the Victorian and NSW Governments control the current COVID-19 outbreaks, it looks like we are heading for a strong market and I think we will continue seeing high levels of activity in the new year,” Ms Conisbee said.

She is also expecting to see a continued trend in people moving from Melbourne to regional and coastal areas. 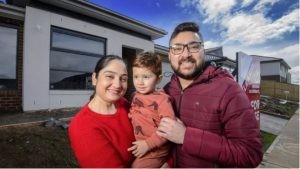 Getting people to move out from the CBD and into the country is something the government has been trying to do for years but the pandemic has really encouraged people to make that move,” Ms Conisbee said.

Real Estate Institute of Victoria president Leah Calnan said open-for-inspections would resume earlier than normal, within the first two weeks of the year.

But those who have been holding off in the hopes home prices will tumble when JobKeeper payments end in March will be disappointed.

“Our forecast is not indicating any doom and gloom,” she said.

“Unfortunately there will be some mortgage holders who make the difficult decision to sell due to finances. But we’re not anticipating that there would be an explosion of mortgagee sales that would hit in 2021.” Barry Plant chief executive Mike McCarthy said buyers and sellers would need to be flexible, as it would be “far from business as usual”.

Confidence would be buoyed after the city’s property market remained “resilient” throughout two lockdowns and as Australia was reopened to the rest of the world it would also benefit from a global view that it was a “healthy place to live”.

“In the meantime there will be a reassessment of people’s lifestyles,” Mr McCarthy said.

“The pendulum is swinging to the outer suburbs, instead of in at the moment. 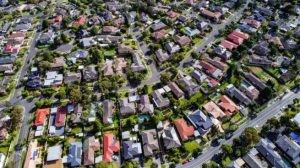 “Traditionally Melbourne recovers from the inside out, but this year we will see it the other way.”

While stand-alone houses were likely to have the best of home price growth, townhouses and single-level units would also continue to gain value as first-home buyers and downsizers pursued them, according to Mr McCarthy.