Victorian home buyers will save thousands of dollars as the state government temporarily slashes stamp duty to entice people back into the property market, without going as far as NSW’s property tax reform.

The government will waive up to half the stamp duty on purchases up to $1 million, which represent the bulk of Victorian home sales, until the end of the financial year.

While Victoria has not followed the NSW lead in pursuing long-term property tax reform, the government did make housing a key feature of its budget designed to generate jobs and drive the state’s recovery from the coronavirus recession Victoria’s big-spending and big-borrowing budget is also big on housing: a record $5.3 billion for social and affordable housing, a $500 million fund to help people with a low deposit buy a home, a 50% land tax discount for build-to-rent developments, planning reforms and further support for struggling tenants.

“Our aim is effectively to ensure that we can do as much of the heavy lifting in the areas where the community needs the greatest assistance,” Victorian Treasurer Tim Pallas said.
Realestate.com.au executive manager of economic research Cameron Kusher said the budget measures will boost the real estate industry, which had experienced a tough year having to manage two coronavirus lockdowns.

“The budget provides much-needed stimulus for the sector and, in the middle of a recession, the associated multiplier effect from an increase in property transactions should be a positive for the overall economy,” Mr Kusher said.

“It is quite clear that the property sector is the cornerstone of the Victorian budget and is seen as one of the keys to driving a recovery in the broader Victorian economy.”

Urban Development Institute of Australia’s Victorian CEO Danni Hunter said the budget will get more people into their new homes and guarantee Victoria’s liveability for generations to come.

“It’s a shot in the arm for the housing industry and will lock in economic activity and secure Victorian jobs,” Ms Hunter said.

“The government has put its money where its mouth is and announced a once-in-a-generation housing sector stimulus that will deliver jobs, investment and economic activity as we build our recovery from COVID-19.”

What is Victoria doing about stamp duty?
The government is offering stamp duty waivers on homes worth up to $1 million bought before 30 June, 2021.

The government said the waivers will make it easier for Victorians to buy a home and give much-needed support to the construction sector, a key driver in Victoria’s economic growth.

Mr Pallas said the move will encourage Victorians back into the property market, adding it will have the most impact by applying to purchases up to $1 million.

“It’s about equity and it’s about putting the support and effort where it can best have effect,” he said.

“The aim here is to get as many people within that price bracket and below back into the housing market.” 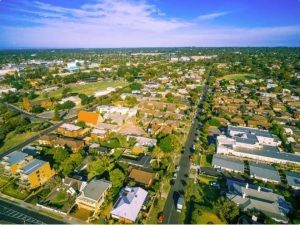 “This targeted measure will pull forward economic activity and get development happening across the state, getting Victorians into work and into homes,” Mr Kandelaars said.

Realestate.com.au chief economist Nerida Conisbee said the benefits of getting rid of, or substantially reducing, stamp duty have been well documented.

“For the Victorian government, it will mean a big drop in income for the next seven months given that they rely on it so much, and also because they aren’t moving to a land-based tax system,” Ms Conisbee said.

That reflected a fall in transaction volumes and weaker property prices during the coronavirus pandemic and restrictions, while the stamp duty relief measures would also reduce revenue.

Revenue from stamp or land transfer duty, paid on the transfer of land from one individual to another, was expected to recover from 2021/22.

How does Victoria compare to NSW?
The NSW government wants to give home buyers the choice to not pay stamp duty upfront and instead pay a smaller annual property tax in a move it said could save home buyers tens of thousands of dollars.

Announcing the proposal in the 17 November state budget, NSW Treasurer Dominic Perrottet described stamp duty as a relic from a bygone era when people picked one career, started a family, bought a home and settled in for life.

The NSW government ultimately wants to get rid of both stamp duty and land tax, replacing them with the new annual property tax in a transition that will take decades.

The government said with the median property in NSW costing $680,000, a buyer who opts into the annual property tax could save up to $20,000 over the first four years of ownership.
The Grattan Institute’s household finances program director Brendan Coates said the Victorian step did not take the state on the path to stamp duty reform.

“All they’ve done is just cut the stamp duty rate, which is being funded by debt, which is appropriate at the moment during a recession but it doesn’t do anything to find a long-term way of replacing those revenues,” Mr Coates said.

Mr Coates said he understood why Victoria had not followed the NSW stamp duty reforms in its budget, given a NSW review had been examining tax issues for more than a year and Victoria had been dealing with a second wave of coronavirus.

“They probably haven’t had time to work up the appropriate package,” he said.

Like a number of experts, the Grattan Institute has argued the states should abolish stamp duties and replace them with a general, broad-based property tax, as the ACT government is doing.

“The short-term budget politics means that it’s more feasible to do, because the sweeteners that you have to give to facilitate the transition often come at substantial budgetary cost.

“Right now the budget deficit is already very large so there’s not much political cost to adding a couple of billion dollars more to the tab.”

Mr Coates added COVID-19 was also prompting a reconsideration of how people live and work.

“Stamp duty gets in the way of those transitions because it makes it harder for people to buy and sell, so to the extent to which you relax that constraint you’ll see a more rapid transition to a post-COVID world.”
Responding to the NSW proposal, the Real Estate Institute of Australia called for a co-ordinated approach to stamp duty reform as the economy emerged from the coronavirus recession.

“It’s time for Australia’s treasurers to get serious about getting rid of stamp duty,” REIA president Adrian Kelly said.

He said Australian owner-occupiers were paying on average 4% of the entire value of the property in government stamp duties.

The ACT is already phasing out stamp duty and replacing it with a broad-based land tax, over a 20-year transition that began in 2012-13.

Under the NSW proposal, the current stamp duty concessions provided to first-home buyers would be replaced with a grant of up to $25,000.

How will it impact Victoria’s property market?
Mr Coates said Victoria’s stamp duty cuts will provide some stimulus for the construction sector but it will probably not be a big boon for housing affordability.

“It will bring forward some construction but it’s not going to do a lot for housing affordability because these kinds of concessions normally get built into the price and the biggest winner is the vendor,” he said.

“You’ll see stiff competition for homes that are worth less than $1 million and therefore attract the stamp duty concession.” 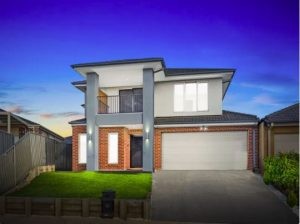 Mr Coates said $1 million was a high threshold, noting it includes 83% of homes sold in the last year.

“It’s applying to most housing in Victoria. What we’ve seen in the past with these concessions is they bring forward construction but they also boost prices.”

Ms Conisbee said the stamp duty reduction would, for a short period, encourage people to move into more suitable homes, such as people downsizing.

She said it was also likely to help regional Victoria, as it meant people could more cheaply move from one city to another.
Ditching stamp duty, which would be the choice under the NSW proposal, will reduce the upfront costs for buyers and removes a major impediment to people buying and selling homes, as Australian homeowners hold on to their properties longer.

The removal of stamp duty is expected to increase the number of property transactions.

Since the onset of COVID-19, Victorian house prices have fallen by 4.9%. The budget papers also said dwelling prices were expected to decline further in the near term, pointing to an anticipated 11% peak-to-trough fall from the March quarter 2020 to the June quarter 2021.

What about commercial property buyers?
The Victorian government is bringing forward a 50% stamp duty concession for commercial and industrial properties in regional Victoria.

“To support businesses to open, relocate or expand in regional Victoria, we are fast tracking a 50% stamp duty concession for commercial and industrial properties,” Mr Pallas said.

“We will bring this in more than two years earlier than planned.”

It will apply to contracts entered into from 1 January, 2021, instead of the July 2023 start date announced in last year’s budget.