WHILE listings continue to trend down, buyer demand has been unwavering over the past month which has been reflected in strong auction clearance rates across the country.
Following a record July and August for Australasia’s largest real estate agency, September, typically the beginning of spring selling season, has recorded some outstanding auction results. Month to date, the leading real estate group has posted a 60.2 per cent clearance rate with 4.4 average registered bidders per auction, representing an increase on last year’s bidder numbers.

This weekend is sure to garner some great results as buyers again flock to auctions around Australia to compete for the low level of stock currently on offer.

The Sydney auction market has proven unstoppable over the past several months and has entered spring with a bang.

First home buyers and downsizers will be lining up at 30 Arthur St, Balmain (pictured above) for an early morning auction. Marketed through Ray White Balmain Agents Chris Williams and Benjamin Martin, the two-bedroom home has attracted more than 100 groups at inspections.

“This is the first time this house has been offered in 70 years. The late owner bought it from her sister who originally bought it from their mother,” Mr Williams said.

“We’ve had interest from first home buyers and empty nesters already living in the area looking for a smaller home on a level walk to Darling St. The location is definitely a huge drawcard for buyers.” 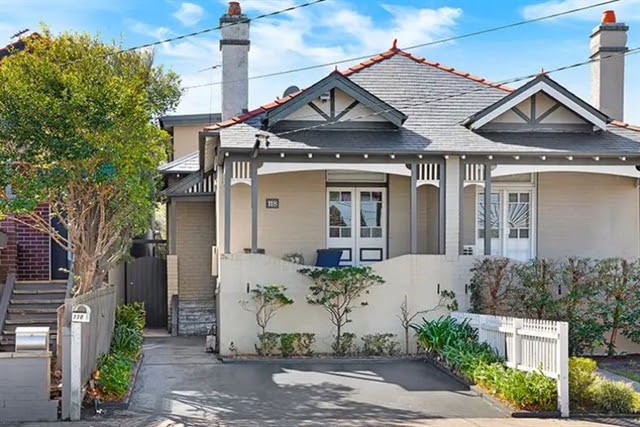 Across the bridge, Ray White Drummoyne Agent Fiona Hellams has been inundated with buyer interest for 118 Gipps St (pictured above) that has a price guide of $1,700,000. Ms Hellams is expecting a great result come Saturday, after more than 70 groups attended open homes for the three-bedroom house.
“I’m finding that buyers have mainly been from out of the area, looking to get their foot in the door because they see value in Drummoyne,” Ms Hellams said.

“There’s been a broad range of buyer interest from couples to families and some downsizers.

“It’s so convenient in the heart of Drummoyne and buyers are loving that it’s larger than it looks from the street and the fact that it was renovated about 12 years ago. It’s got a modern kitchen and bathroom as well as polished floors and lots of light.”

The auction will be conducted onsite and online. Tune in to the auction here.

“Because it’s a good-sized villa we’re getting a combination of buyers ranging from downsizers to the other end of the spectrum with young professional couples and small families looking to move into something bigger,” Mr O’Shea said.

“It’s a freestanding villa with no common walls which has been popular with buyers. The location and gated complex have also drawn a lot of interest.” 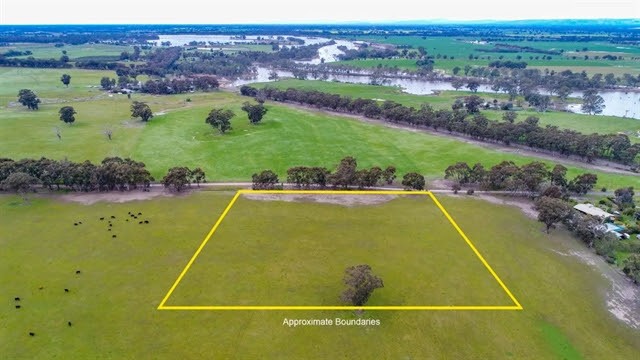 While many Victorian offices are saving their auctions for a massive post-lockdown push, several have decided to forge ahead with online auctions this weekend.
This Saturday, Ray White offices in Victoria will conduct seven auctions, with many buyers still eager to bid despite not having physically inspected the listings.

Included in this is Lot 1 Wedmores Lane, Kirwans Bridge (pictured above) which is heading for the auction block this Saturday through Ray White Nagambie Principal Mark Boyer.

Mr Boyer said many of his buyers are looking to build a lifestyle property on the 1.5ha block.

“The area is up and coming at the moment and this block represents good value buying,” Mr Boyer said.

“It’s a reasonable size and with capacity for someone to build a shed, ride quad bikes or have a pony. There are lots of options.”

While the two lots are combined in the same listing, they will be sold separately under Mr Condon’s hammer with a price guide of $600,000 each. Mr Wade-Taylor said he had received interest from across Victoria.

“It’s a great lifestyle opportunity and interest has ranged from young families to more established buyers and land bankers.” In the Sunshine State, Ray White Paddington (QLD) Agent Judi O’Dea is set to sell four from four after coming back on the Brisbane auction scene a month ago.
The Paddington agent will be selling 24 Fletcher Pde, Bardon (pictured above) under the hammer after more than 70 inspections.

“It was originally a post-war cottage but the sellers have worked hard over the past five years to transform it into a beautiful and stylish home,” Ms O’Dea said.

“It has a sensible floor plan, particularly for families with one or two kids, and a beautiful master bedroom separated from the other bedrooms. There’s an office and two living areas as well, so it’s absolutely sensational for young families.”

Bardon is well known as a family friendly suburb and the three-bedroom home is also in walking distance from the local Ithaca Creek State School.

Also on the northside of Brisbane, Ray White Ascot Agent Ian Cuneo is taking a five-bedroom home at Wavell Heights to auction this weekend.

The property at 35 Kinmond Ave has attracted more than 50 groups during open homes over the auction campaign period. Mr Cuneo said interest is coming mainly from owner occupier families but he had also received some investor interest.

“It’ll get a good rental yield and there is potential to subdivide the block at the back for investors or developers,” Mr Cuneo said.

“Owner occupiers are loving the space both inside and outside. There’s plenty of room for the kids or a pool and the open-plan layout has been really well received.” 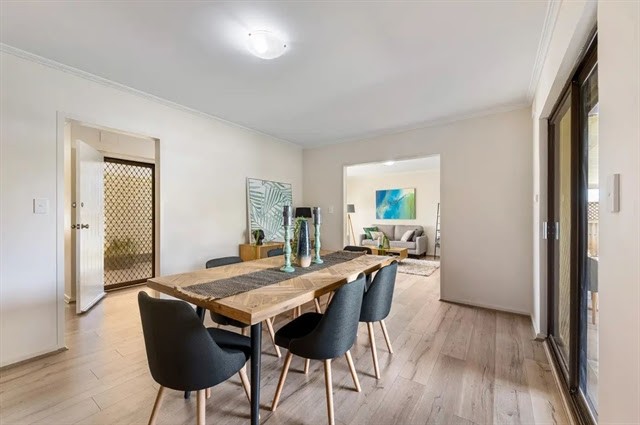 Meanwhile in Adelaide, the auction pros at Ray White Norwood are taking six properties to auction this Saturday.
The highlight of the day is expected to be 63 Willcocks Ave, Seaton (pictured above). Being sold through Agent Andrew Baldino, the three-bedroom house has had more than 80 inspections throughout the campaign.

Mr Baldino said the Seaton home has been popular with first home buyers.

“There is a lot of potential to renovate or subdivide which has been a big draw for first home buyers,” Mr Baldino said.

“The location is great as it’s between the beach and the city. Seaton also attracts a lot of young families and first home buyers.”